Medicaid is WV biggest health care program providing for health and long-term care for more than 600,000 or one in three West Virginians.

Get Enrolled. Get coverage.

WVAHC can help you find the affordable health care you need for you and your family.

A partnership to see every WV child enrolled in insurance coverage, linked to a provider and receiving coordinate and continuous health and social services.

Latest statements and releases from WVAHC

Barry Glassman (R), County Executive, Hartford County, Maryland. Executive Glassman was a key champion for Maryland’s Prescription Drug Affordability Board. The Board is charged with reviewing the rising cost of prescription drugs and making recommendations to the Maryland General Assembly on how they can be made more affordable.

Jane Horvath, founder of the Center for Drug Pricing at the National Academy for State Health Policy (NASHP). Ms. Horvath has held research positions with Georgetown University Health Policy Institute, Johns Hopkins University, and MACPAC. Ms. Horvath spent ten years at Merck working on coverage and reimbursement policies in federal programs. She has worked for the Medicaid Directors, the US Senate Finance Committee, and was a Deputy Assistant Secretary for Legislation (Health) at the US Department of Health and Human Services.

Sarah K. Emond, Executive Vice President and Chief Operating Officer, Institute for Clinical and Economic Review (ICER). ICER publishes an annual list of Rx drug “Unsupported Price Increases.”
ICER’s 2020 report will focus on up to 13 prescription drugs that experienced the most significant price increase in the U.S. over a one-year period and had the most significant budget impact on the U.S. health system.

** Please register in advance for this meeting **

Minorities, poor are squeezed out of COVID-19 response

Several months ago, as president of the Charleston Branch of the NAACP, I sent a letter to Gov. Jim Justice, Senate President Carmichael, R-Jackson, and Speaker of the House Roger Hanshaw, R-Clay. To date no response has been received. After weeks with no response, I hand delivered the letter to the statehouse, confirmed that the letter went from the Office of Constituent Services to the Governor’s Chief Legal Counsel, Brian Abraham. Still no response to the letter has been received.

In a subsequent letter, dated July 10, 12 organizations co-signed and submitted a letter to Gov. Justice, Senate President Carmichael and Speaker Hanshaw, in support of the requests outlined in my letter. The second letter did get a reply. The Herbert Henderson Office of Minority Affairs (HHOMA) responded on behalf of the governor’s office in a letter dated Aug. 7. Not only am I disappointed in not receiving a response to my letter, the letter of response from the HHOMA is beyond disappointing.

END_OF_DOCUMENT_TOKEN_TO_BE_REPLACED 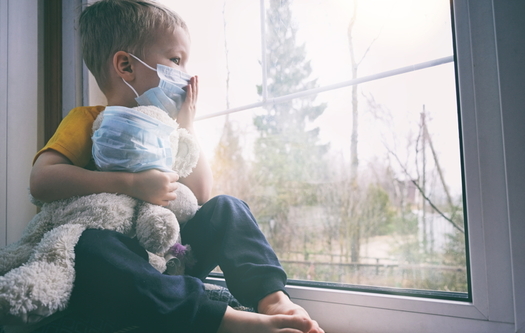 An estimated 13,000 kids in West Virginia didn’t have health insurance in 2019, a number that likely has increased since the pandemic, a new report finds. (Adobe Stock)

CHARLESTON, W.Va. — Even before the pandemic recession, West Virginia had seen a serious increase in the number of children without health insurance. Now, that number is expected to be even worse, according to a new report.

In 2019, an estimated 13,000 kids in the Mountain State went without health coverage, an almost 45% hike in three years, according to a Georgetown University Center for Children and Families report. Jessica Ice, executive director at West Virginians for Affordable Healthcare, said it’s one of the highest increases in the nation – and she’s concerned the lack of coverage will have long-term repercussions.
END_OF_DOCUMENT_TOKEN_TO_BE_REPLACED

CHARLESTON, WV (WOAY) – A group of doctors from across West Virginia are asking state Attorney General Patrick Morrisey to withdraw the state’s support for the federal lawsuit seeking to throw out the Affordable Care Act which has extended and protected health care coverage to hundreds of thousands of West Virginians.

In a letter (included below) sent to Morrisey on September 14, more than 30 WV physicians say this lawsuit, if successful, would “do irreparable harm to the health care coverage of 200,000 West Virginians and to our state’s economy.”

END_OF_DOCUMENT_TOKEN_TO_BE_REPLACED

Even though these are difficult times as COVID-19 continues to challenge our state and our nation —  Governor Justice signed the Medicaid Dental Bill (SB 648), the accompanying Funding Bill (SB 719) and the Insulin Cap Bill (HB 4543).

West Virginians for Affordable Health Care is a tax-exempt, non-profit, nonpartisan organization dedicated to the achievement of high-quality, affordable health care for all West Virginians. We’re funded by public donations, membership dues, and grants. We are guided by a 17-member volunteer board.

Sign up for our newsletter and get all the latest.